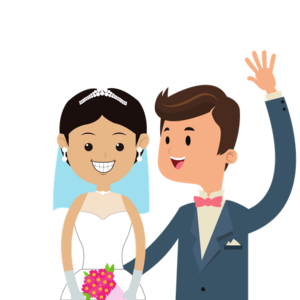 A rich blend of tradition, culture and celebration is all about the Kerala Orthodox Matrimony. It was in 708AD under the leadership and blessings of St. James of Edessa, the order of Kerala orthodox matrimony along with the ceremony of the crowning was composed, systematized, and revised. After St. James of Edessa’s holy revision, every Orthodox Church in Kerala followed the revised orthodox matrimony order. St. James of Edessa and other proficient doctors received the inspiration for revising the orthodox matrimony order and the ceremony of the crowning from the long-standing tradition and heritage followed by the apostolic church. The divine orthodox matrimony service is generally performed at two different occasions. In early days, Kerala orthodox matrimony performs both the Office of Betrothal and Office of the Crowning on two different days with a considerable gap between the two functions. But nowadays, people prefer it to celebrate on adjacent days owing to the unavailability of leaves and premises like wedding halls, auditoriums and convention centres for conducting the functions. Now, let us discuss more the orthodox marriage celebrations and its associated sacraments done at the orthodox churches.

Blessing of The Rings (Office of Betrothal)

Blessing of The Crowns (Office of the Crowning)

Office of the Crowning or Blessing of The Crowns is considered as an important function in an orthodox ceremony. In Indian orthodox service, The crown of righteousness, a type of crown directly from Heaven is replaced by a golden chain and is bestowed upon the bride and groom in between the function. The act is carried out by the celebrant inside the orthodox church premises and in front of the guests.

Thali or Minnu is a golden locket that symbolizes a married woman. In South Indian orthodox marriage, Thali or Minnu is initially suspended on a bundle of golden threads taken from the Manthrakodi of the bride and later it is transferred on to the golden chain maybe a week later. There are seven threads in the golden thread bundle and the number seven represents the bride, groom, their parents and the church.

The Manthrakodi (Wedding Saree gifted by the groom)